After president Trump’s ban on military service by transgender Americans was blocked by the courts, defense secretary Mattis is set to release a new policy on transgender troops on February 21.

Now here is the kicker! Lawyers for the Justice Department in this case do not plan on throwing out the president’s original request but instead, they informed the federal judge assigned to the case this week of their intentions to defend against the ban in court.

U.S. District Judge Marvin Garbis, who is hearing one of the anti-Trans ban cases in Maryland, stated “the new policy development in the course of a brief ruling on when the government must turn over certain information to those challenging the policy,” according to the DOJ site. Judge Garbis wrote in his ruling Tuesday that administration lawyers had informed him that they could not turn over the information “because they will not be defending the policy now at issue but will be defending the policy to be disclosed on February 21, 2018.”

You will remember that Trump set a deadline of February 21 for Defense Secretary James Mattis to submit a plan for implementation of the transgender ban. So far in this anti-LGBTQ agenda, four federal judges have issued injunctions blocking the ban while lawsuits against it are being heard in the courts.

This is why Transgender troops were not banned from enlisting on January 1, 2018. Trans military personnel can for the moment, continue to enlist and re-enlist in our armed services. The injunctions also mean that trans troops currently serving, may continue to do so openly and not have to fear discharge because of their identity.

Trump launched his first strike at the LGBT community when he announced reinstatement of the ban on his favorite outlet, Twitter back in July 2017, reversing the move by President Barack Obama’s administration to lift it a year earlier.

BuzzFeed reported that Defense Department spokesman Maj. David Eastburn, said the department would make “recommendations” on the new policy however the final decision will be coming from Trump. 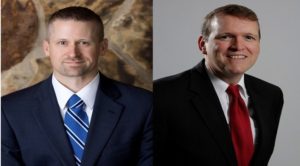 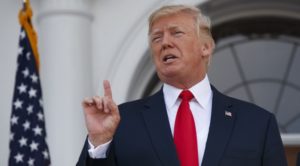