ARNHEM, THE NETHERLANDS – Married gay couple Jasper Vernes-Sewratan and Ronnie Sewratan-Vernes are recovering after being attacked by a group of men while walking home hand in hand from a party at Luxor Live in Arnhem during the early hours of April 2, 2017.

According to the police report, ‘Ronnie Sewratan-Vernes’ was beaten so badly that he lost four teeth and part of a fifth during the unprovoked attack.  His husband ‘Jasper Vernes-Sewratan’ is suffering from bruised ribs and bruises on his back and knee.

“We’ll almost never show in public that we are in a relationship“, Jasper told RTL Nieuws. “But we had a few drinks, it was dark on the street and there were almost no people, so we held hands.” said Jasper.

Jasper said that once they reached the Nelson Mandela Bridge, six to eight men confronted the married couple. “I think they were Moroccans. They began to shout: disgusting, dirty, homo, such things. We shouted something back and walked on, but all of a sudden they came after us.” said Jasper.

Before either one of them could react, they found them selves being pulled apart and attacked.  “Suddenly I saw a guy pull bolt cutters out of his jacket and I heard Ronnie screaming: Jasper, Jasper, they knocked all my teeth out of my mouth’, screamed Ronnie.

Jasper was finally able to reached his husband where Ronnie was covered n blood. “He was very upset. I immediately called 112. The ambulance took us to the hospital, where his lip was attached.” said Jasper.

Police arrested a 20-year-old man and a 14-year-old boy in connection with the brutal attack.  Investigators confirm to this reporter that they are expecting more arrests very soon in this case and that they are asking for any witnesses to immediately come forward.

Anyone with information on this crime are asked to contact the Politie Arnhem Noord at +31 900 8844. 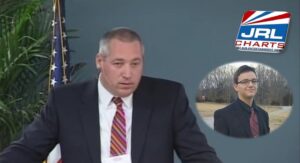 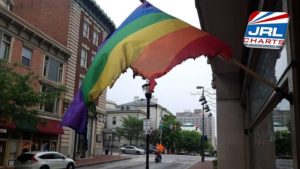