Home » Blog » Texas Pastor: Gay People should be ‘Shot in the Back of the Head’ in Shocking Sermon

FORT WORTH, TX – (06-10-22) – A Texas baptist church listed as a “anti-LGBT hate group” by the Southern Poverty Law Center, has caused a firestorm after Pastor Dillon Awes of Stedfast Baptist Church said “Gay people should be “lined up against the wall and shot in the back of the head.”

Pastor Dillon Awes of Stedfast Baptist Church in Watauga, a suburb of Fort Worth, made the outragous comment during last Sunday’s sermon titled “Why We Won’t Shut Up.”

“I’m angry this morning because our entire country is celebrating the worse sin in the Bible,” Awes said during the sermon referring to Pride Month, which commemorates the LGBTQ+ community every June. “You know a lot of pastors have this stupid idea where it’s just like, ‘oh you know God loves everyone. And God hates the sin but loves the sinner.’ But people have taken this to such an extreme where they’re saying celebrate the sin, not just tolerate it, celebrate it,” said Pastor Dillon Awes. “Let me show what the Bible says about these people.”

The bigot pastor went on to read several passages from the Bible and condemned homosexuality as a sin. At one point, the bigot told his congregation that gay people “are dangerous to society” and that “all homosexuals are pedophiles.”

“I’m not saying that every single homosexual that’s alive right now has committed that act with a child already because it could be they haven’t had the opportunity yet and they will at some point later in their life,” said the Bigot. “This is why we need to put these people to death through the proper channels of the government. … These people are not normal. They’re not your average everyday sinners. … They have no hope of salvation.”

At certain times during the sermon people from the crowd could be heard cheering in agreement. Awes told his congregation that he thinks the “solution for the homosexual in 2022” is the death penalty.

“These people should be put to death. Every single homosexual in our country should be charged with a crime. The abomination of homosexuality that they have, they should be convicted in a lawful trial. They should be sentenced with death. They should be lined up against the wall and shot in the back of the head,” said Bigot Awes.

Needless to say his comments have caused outrage and have been labeled a violent threat to the LGBTQ community. 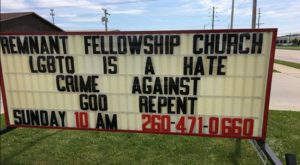 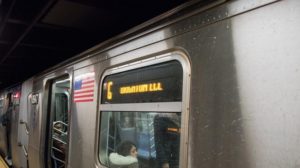