INDIANAPOLIS, IN – (09-30-19) (Gay News) – The U.S. Department of Justice (DOJ), is defending the Indianapolis archdiocese archbishop’s decision that led to the firing of a married gay teacher.

The Trump administration is arguing that the First Amendment bars courts from interfering in how a religious group applies its teachings.

The fired married gay teacher Payne-Elliott, worked as a social studies and world language teacher from August 2006 to June 2019. The Cathedral had offered this past May to renew Joshua Payne-Elliott’ teaching contract for the next school year, but in June, the school told him that they were forced to terminate his employment at the direction of the Archdiocese. 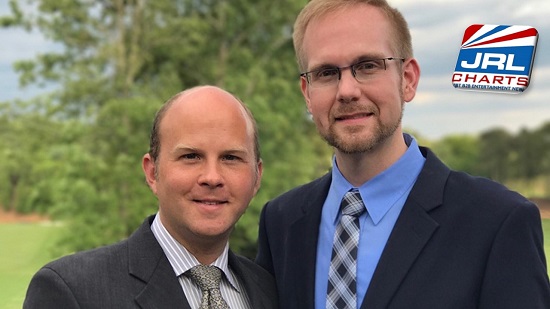 The Justice Department’s civil rights division filed a statement of interest last Friday in a lawsuit brought by fired educator Joshua Payne-Elliott, from his job at Cathedral High School, which is part of the Indianapolis archdiocese.

Payne-Elliott claims in his lawsuit that the archdiocese illegally interfered in his employment contract with Cathedral High School by demanding that they fire him. The school was supportive of the Payne-Elliott publicly but was threatened by Archbishop Charles Thompson with serious repercussions ― including the school losing its nonprofit status, its diocesan priests and the school’s ability to offer the Eucharist, a key Christian rite.

If the school disobeyed Archbishop Charles Thompson’s mandate, it would cause serious consequences for the school.

In its statement of interest, the Justice Department said that the First Amendment protects the archdiocese’s right to “interpret and apply Catholic doctrine.”

For the first time in decades, the Department of Justice is not only involving themselves in a case of this stature, but are also siding with the archdiocese and requested that Payne-Elliott’s lawsuit be dismissed without prejudice.

“The United States has no reason on this record to doubt that Plaintiff was an excellent teacher,” reads the Department of Justice statement. “But the government can “cast no judgment on whether the Archdiocese’s decision is right and proper as a matter of Catholic doctrine or religious faith.”

“If the First Amendment’s Religion Clauses stand for anything, it is that secular courts cannot entangle themselves in questions of religious law,” said U.S. Attorney Josh Minkler in a press statement.

Kathleen DeLaney, Payne-Elliott’s attorney, said the her client’s case isn’t about Catholic doctrine, but rather the archdiocese’s interference in a business contract.

President Donald Trump under the guidance of former United States Attorney General Jeff Sessions, made protecting the religious liberties of their conservative Christian base a top priority since taking office, including going after LGBTQ protections.

Back in May 2017, Trump issued an executive order asking then attorney general Jeff Sessions to create guidelines for all federal agencies on how to protect religious liberty while interpreting federal law.

Those particular anti-LGBTQ guidelines are mentioned in the Justice Department’s statement of interest in Payne-Elliott’s lawsuit, in hopes that it will help explain why the federal government has a stake in this case.

DeLaney further added that it was “highly unusual” for the DOJ to get involved in the early stages of a single plaintiff case that is pending in state court under the laws of the state of Indiana.

″The Trump administration is once again using religion as a shield against core anti-discrimination principles that protect LGBTQ people,” wrote Gupta.

DOJ files statements of interest when it wants to make a point – not because it has to. That’s what Trump admin did here. It is once again using religion as a shield against core anti-discrimination principles that protect LGBTQ people. Can’t imagine career lawyers are happy. https://t.co/9i0npK0l3s