The $15 million dollar a year news anchor last year, signed a new multi-year contract with the FOX News. Sources said that once Smith was off the air, he immediately went to the elevator and left.

The 23 year veteran of FOX News took everyone by shock when he announced that today would be his final broadcast and that he hoped that straight news would continue to be voiced on the conservative network.

Shepard Smith Had Enough Calls It Quits at FOX News

“I first worked with Shep on my first assignment at Fox News almost 23 years ago. It was a total shock today to find out he’s leaving,” Fox News anchor Bret Baier posted on Twitter. “He anchored breaking news -fast-moving events —better than anyone. I wish him well in whatever lies ahead.”

Fox News anchor Neil Cavuto — whose 4 p.m. show began immediately after Smith announced his exit live — appeared blindsided by the revelation, and had an emotional reaction on on air. In fact Cavuto was silent for nearly 30 seconds before saying a word.

Sources inside FOX News say that Shepard Smith had finally had enough of executives interfering with straight news stories.

Smith was one of three straight news anchors that gave the conservative branded cable station legitimacy among journalists and with his departure, many wonder what direction wil FOX News go with their straight news shows. 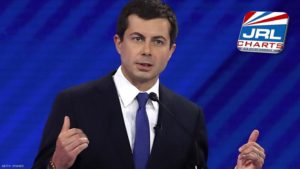