Police won’t be marching in the Madison Pride Parade after LGBT protesters demanded their invitations be withdrawn by organizers of the event, Outreach LGBT Community Center.   Following the announcement issued in writing to the law enforcement agencies last Friday, the Madison Fire Department announced that they would not be participating in the Madison Pride Parade in protest of both Law enforcement agencies being uninvited to participate.

According to Jill Nagler, board member of the Outreach LGBT Community Center said that they had been fielding concerns over armed police officers taking part in the parade for over a year. 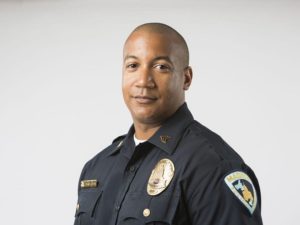 According to members of the LGBTQ community in Madison, the feeling is that residences don’t feel safe with armed police officers in the parade. Several LGBTQ members of the community say they see the police as causing homophobia, bullying and racism.

Before the controversy exploded, Outreach had approved for officers of the Madison police department and Dane Country Sheriff’s office to assign plain clothes officers to march in the parade but once word leaked out about the proposal, a rally took place protesting both department’s participation in the Pride parade. Needless to say that due to pressure from the protesters, the Outreach LGBT Community Center rescinded their offer for police participation.

Backlash over the decision to block police from participating in the pride parade was swift as the Madison Fire Department announced in a formal statement that it would not be marching in this year’s Pride parade as a show of “solidarity” with the Madison police department and Dane County Sheriff’s office.

Now before anti-LGBTQ protesters get any funny ideas, there will be a standard and alert police presence at the Madison Pride parade for security. Outreach tried to save face by inviting plainclothes – unarmed officers to attend the Madison pride event with their families.

Madison Pride takes place on Sunday August 19. Staging begins at Noon and the Pride parade kicks off at 1pm. In the true tradition Pride nationwide, following the parade will be the Pride Festival loaded with entertainment, merchants and dancing for hours.