Unilever, the organization who is taking action to Create a systemic Change for LGBTQI+ Communities last year, announced that Monroe would be one of five locations selected for their United We Stand initiative.

According to Unilever, the organization is designed to improve access to LGBT services in areas with poor LGBT records.

“Part of the program that we’re doing is working on expanding a conversation with our neighbors, and with our business, and our elected officials,” said SarahJane Guidry, Executive Director of Louisiana’s Forum for Equality.

Unilever is partnering with Forum for Equality to improve conditions for LGBT Americans living in Monroe.

“To elevate what the current experience is and talk to the people in the community and really get to their hearts and their minds and have a conversation about that,” Guidry told location news outlet KNOE.

The program will focus on educating community members on the LGBT experience.

“Ask them what their questions are,” said Guidry. “To ask the people in the LGBT community what their experiences have been and to really see where we can all come together to have a bigger and broader conversation.” said Guidry.

Guidry also commented on Monroe’s low score…“Monroe has had a long history of public and vocal opponents to the LGBTQ community, which has silenced a lot of people who live there,” said Guidry. 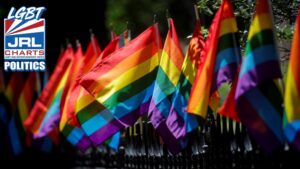