WASHINGTON, D.C. — (09-20-21) — The Department of Veterans Affairs (VA)  shocked the LGBTQ Community on Monday with the announcement that LGBTQ veterans who were discharged from the military over their sexual orientation, gender identity or HIV status are now eligible for full VA benefits.

Service members who were given other than honorable discharges for the reasons mentioned above can now receive home loan guaranties, pensions, health care and other benefits previously denied to LGBTQ veterans, according to the The Department of Veterans Affairs.

“Today, the Department of Veterans Affairs is working to reverse the harm done to all LGBTQ+ Veterans,” the VA statement read, which was released on the tenth anniversary of the repeal of the “Don’t Ask, Don’t Tell” policy.

The statement, penned by Kayla Williams, assistant secretary for public affairs in the VA’s office of public and intergovernmental affairs and a bi-sexual veteran, hopes that the new policy will inspire previously discharged veterans to reapply to have their benefit eligibility reassessed.

“Given that large numbers of LGBTQ+ Veterans who were affected by previous homophobic and transphobic policies have not applied for a discharge upgrade due to the perception that the process could be onerous, we are hopeful that this policy statement encourages more of them to contact VA to determine their eligibility for care and services,” the statement says.

According to the Department of Veterans Affairs, during the almost 18-year-long policy of “Don’t Ask, Don’t Tell”, an estimated 14,000 service members were discharged from the military.

“Although VA recognizes that the trauma caused by the military’s decades-long policy of discrimination against LGBTQ+ people cannot be undone in a few short months, the Biden administration and Secretary McDonough are taking the steps necessary to begin addressing the pain that such policies have created,” the statement reads. “LGBTQ+ Veterans are not any less worthy of the care and services that all Veterans earn through their service, and VA is committed to making sure that they have equal access to those services.” concluded the VA statement. 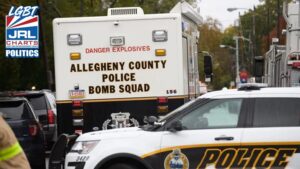