This isn’t the first time the congressman has gone after the military over its treatment of LGBTQ members who serve in our armed forces. 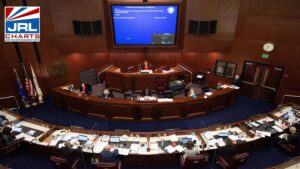