Biden selected the charismatic blue-state senator, former prosecutor and one time 2020 primary rival that even conservatives admit will be difficult to paint her as a radical liberal.

Kamala Harris has built a reputation as an unyielding antagonist of the Trump administration.

The daughter of immigrants from Jamaica and India, Senator Kamala Harris was always the frontrunner for Biden’s No. 2 job, according to sources inside the Biden Campaign. Her experience as a battle-tested presidential candidate, her efforts leading major law enforcement offices and her political track record of three election wins in California, sealed the deal for the democratic VP nominee.

I have the great honor to announce that I’ve picked @KamalaHarris — a fearless fighter for the little guy, and one of the country’s finest public servants — as my running mate.

.@JoeBiden can unify the American people because he’s spent his life fighting for us. And as president, he’ll build an America that lives up to our ideals.

I’m honored to join him as our party’s nominee for Vice President, and do what it takes to make him our Commander-in-Chief.

Harris will be the first woman and the first woman vice president if elected. Biden’s barrier-breaking pick of her comes at a time of racial tensions in parts of the country. 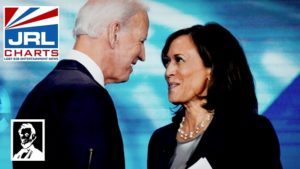 Trump Goes on Twitter Storm with Attacks while Avoiding the Public