WEST BANK, PA, ISRAEL — (08-19-19) — The Palestinian Authority has banned the Al-Qaws LGBTQ Group from holding events in the West Bank.  The  action taken by PA police came after Al-Qaws announced plans to hold another gathering for its members in Nablus.

The Palestinian Authority banned members of the Palestinian LGBTQ community from conducting any activities promoting a LGBTQ agenda in the West Bank.

The grassroots group Al-Qaws, who founded Sexual & Gender Diversity in Palestinian Society (Arabic for “the bow”), engages and supports Palestinians who identify as LGBTQ. Al-Qaws has two locations; Haifa the West Bank and the other in East Jerusalem for Arab-Israelis.

Earlier this month, Al-Qaws held an event in Nablus to discuss sexual and gender diversity in Palestinian society. PA police got word of the event after it was over and were determined to make sure that another one would happen again.

Al-Qaws is known as a civil society organization established in 2001 with the goal of “fighting for vibrant Palestinian cultural and social change, building LGBTQ communities and promoting new ideas about the role of gender and sexual diversity in political activism, civil society institutions, media, and everyday life.”

Spokesperson for the PA Police, Luay Zreikat, told media outlets the reason for the prohibition, is because such activities are “detrimental to the values ​​and ideals of Palestinian society.”.

Zreikat said that the group’s activities were completely “unrelated to religions and Palestinian traditions and customs, especially in the city of Nablus.”

According to Zreikat, PA police will chase down the organizers behind the Al-Qaws LGBTQ group, and see that they are brought to trial Zreikat further appealed to Palestinians to report to police about any person connected to the Al-Qaws group.

Following Zreikat’s comments Al-Qaws condemned the PA police threat as “incitement”. The organization also vowed to continue its work despite the homophobic attitudes of the Palestinian Authority.

“The Palestinian police announcement about our activities is very unfortunate,” said Al-Qaws. “It’s very strange that they are accusing us of being a suspicious entity working to take apart Palestinian society. Al-Qaws is a Palestinian organization that has been operating since 2001, and is carrying out educational and professional programs on sexual and gender diversity. We totally reject the attempt to create an atmosphere of prosecution and intimidation, as well threats of arrest.”

Several members of Al-Qaws who did not want to be identified, has said they have received hundreds of threats and hate messages from fellow Palestinians, especially through Facebook.

We will keep you posted on any new developments on Al-Qaws as they become available. 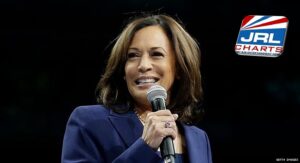