As an added touch, organizers for the ceremony had a LGBTQ PRIDE rainbow banner on the platform below. In his inaugural address, Governor Polis thanked his partner Marlon Reis as well as children for their support.  He also acknowledged the historic nature of his election win as well as being sworn in as the first openly Gay governor in our country’s history.

“I am honored by this great responsibility and humbled by your trust,” said Polis. “And I must begin by saying I am very conscious of the fact that there were many brave people over the years who made it possible for someone like me to be standing here giving a speech like this. I am grateful and forever indebted to those who came before me, who struggled for equal rights, who stepped up for public service in all its forms, who made difficult sacrifices and worked faithfully toward a brighter future for our state, our nation, and our world.” said Governor Polis. 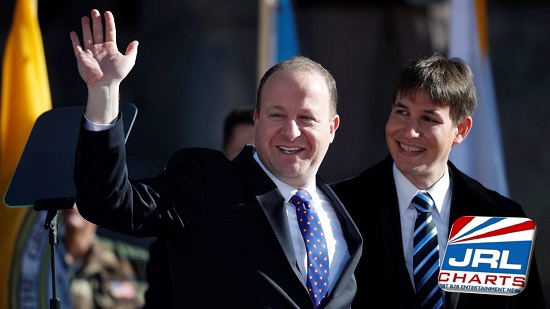 Polis also sad that his state’s diversity and willingness to embrace change is what set them apart from other states in our great republic. “Diversity makes our state healthier and more prosperous,” said Polis. “We complement one another, learn from each other, make each other better, and in that work, we respect each other’s rights, sharing a common faith in our abilities and our future while having real conversations about how to make progress.” said Polis. 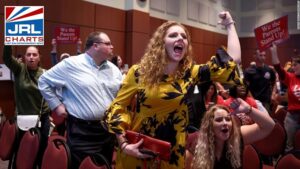 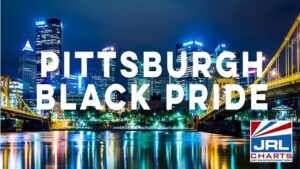