MIAMI, FL.  — (11-15-18) —Rapper Yung Miami, the high controversial member of the rap group City Girls, has made a name for herself in the hip-hop world. The 24-year-old rapper has a history of making comments such as in 2011 when she said how she thought Haitians were “black ugly and cheesy”.

Then again in 2013 when she said that she wouldn’t want one of her sons to be gay. Both incidents she apologized but only after serious backlash from the music industry and her fans.

Now again, rapper Yung Miami finds herself in more controversy over her comments she posted on Tuesday (Nov. 13). This happened after her appearance on Power 105.1’s The Breakfast Club where she doubled down on her homophobic comments.

Speaking with host Charlamagne Tha God,  Yung Miami was asked about her controversial tweet that said what she would do if she had a gay son.

“I didn’t tweet nothing about them…the LGBTQ community,” said Yung Miami.. “I was just talking about my son. I just said that if I saw anything gay in my son, that I would beat him.” said Miami.

After her 2011 and 2013 comments resurfaced, Yung Miami issued a formal apology in an Instagram post back in August of this year. The rapper wrote out a letter saying that she did not intend to offend her fans with her homophobic comments.

“I understand how it can be seen as offensive to the LGBTQ community. I also realize how insensitive my comments were to my fans and followers … my deepest apologies and heart goes out to those who have seen that tweet and were offended.”

To everyone I may have offended I apologize. We are all one we are all equal I LOVE EVERYBODY❤️❤️❤️ Let’s move on I’m older & wiser now let’s focus on the future and leave the past behind us! Thank you ?

On the Power 105.1 morning show Tuesday, Yung Miami tried to clarify her statement, saying that people had taken her comments the wrong way.

Miami tried to claim that she didn’t have a problem with gay people. However she wouldn’t back down from the “beat my son if he were gay” comments. “I have absolutely nothing against gay people, but I wouldn’t want my son to be gay,” said Miami. “I’m around a lot of gay people all of the time; my stylist is gay, my cousin is gay.” said Miami.

Review the interview on the Breakfast Club and judge for yourself on what her mindset was. 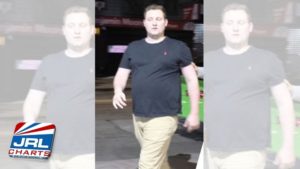