A Russian Gay teen identified as 16-year-old Maxim Neverov, was arrested under the country’s anti-LGBT, ‘Gay Propaganda Law’ for allegedly saving a photo of two men hugging on a social media platform.

The young Russian Gay teen was detained back in July for uploading photos to Russian’s equivalent of Facebook known as Vkontakte.

This also makes history in Russia as Maxim Neverov has become the country’s first minor charged under the 2013 Gay Propaganda Law, which bans the “promotion” of homosexuality. Maxim Neverov was official charged by authorities on August 7.

“The photos showed guys hugging. I didn’t publish them, just saved them in an album,” said Maxim Neverov in an email to NBC News. “One of the photos said, ‘Love is better than fucking.’ I saved them and forgot about them — just as tens of thousands of teenagers do all across Russia. I never thought they would charge me according to this.” said Neverov.

The gay teenager was released from custody to his parents but he was fined 50,000 rubles ($736 USD) for uploading the photo to Vkontakte.

The young gay teenager has made a reputation for himself in Russia for promoting LGBTQ rights which put the spotlight on his activities by authorities.. Meverov is the creator of the famous Gays or Putin and he was also a participant in the Biysk Protest, a civil rights organizing project.

“It’s terrible. In our country, people are tortured and killed in prisons, schoolchildren are intimidated only because they oppose Putin’s regime,” wrote Neverov to NBC News. “Protest Biysk is sure that if the administration is so afraid of us, then we need to continue. We have everything that is needed: people, ideas, desire.” said Neverov.

We will continue to follow his case and bring you updates as they become available. 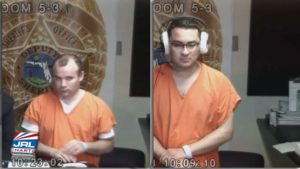 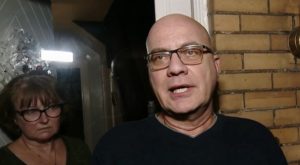