SAN FRANCISCO — (11-24-22) — The San Francisco Police Department is currently petitioning City Supervisors for the permission to deploy lethal robots against human suspects, according to a policy proposal sent to city officials.

While the SFPD’s robots are primarily designed for bomb disposal and surveillance, police say the robots could be utilized as a last-resort “deadly force option.”

In the proposal that sets out how the SFPD plans to use all of its military-style equipment, the department wrote that “robots will only be used as a deadly force option when risk of loss of life to members of the public or officers is imminent and outweighs any other force option available to SFPD.”

However City supervisors disagreed with the proposal, inserting a line stating that “robots shall not be used as a use of force against any person.”

But when the documents went back to the SFPD for review, the police struck out the line and returned the text to its original version. 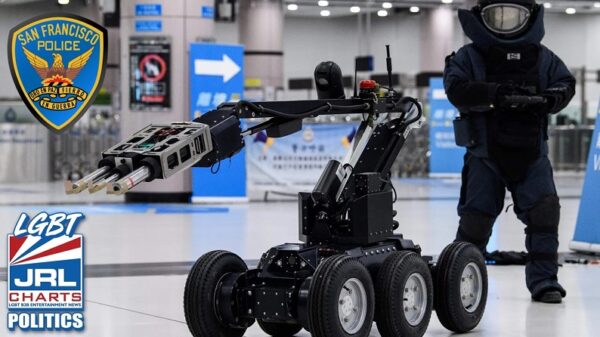 The documents were published on Tuesday by Mission Local, a San Francisco-based news site. Aaron Peskin, who chairs the San Francisco Board of Supervisors’ Rules Committee, told Mission Local that while he inserted the line banning lethal force, he approved the police department’s changes, as “there could be scenarios where deployment of lethal force was the only option.”

San Francisco Board of Supervisors’ Rules Committee are scheduled to vote on the SFPD’s policy Tuesday Nov. 28, 2022.