In a shock to conservatives, the U.S  Supreme Court refused to hear the case about whether schools should allow transgender students to use the bathroom that matches their gender identity. The case concerned Gavin Grimm, a transgender teen from Virginia, who sued his school for refusing to allow him to utilize the boys’ restroom in 2015. 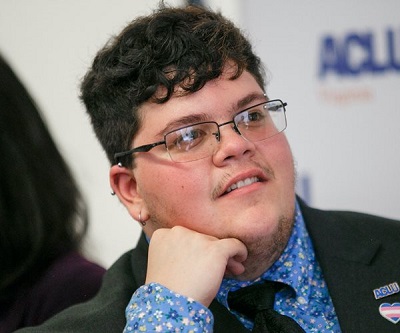 Gavin Grimn (pictured above), won his lawsuit and the appeal, but the Gloucester County School District was confident that the conservative heavy Supreme Court would rule in their favor. What a shock when SCOTUS rejected to hear their appeal

By SCOTUS rebuffing the lawsuit, the 4th U.S. Circuit Court of Appeals ruling stands, that a Virginia public school board acted unlawfully in preventing a transgender student from using a bathroom at his high school that corresponded with his gender identity.

The Gloucester County School Board was shocked that the 2020 ruling by the Richmond-based 4th U.S. Circuit Court of Appeals will stand.

The 4th U.S. Circuit Court of Appeals ruled in 2020 that transgender student Gavin Grimm is protected under the federal law that bars sex discrimination in education, known as Title IX, and the U.S. Constitution’s requirement that people be treated equally under the law. Needless to say the Gloucester County School Board was shocked that the conserative heavy 6-3 U.S. Supreme Court rejected their appeal.

However it must be noted that the 4th Circuit ruling does not set a national legal precedent on transgenders. 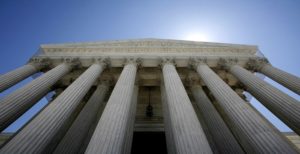