The U.S Supreme Court refused to hear the transgender rights in schools case and referred it back to the lower courts.  The court has backed out of a high-profile case Monday in which a Virginia high school student was discriminated against and had filed suit against his school district so that he can utilize the bathroom of his choice.

Thanks to the U.S Supreme Court’s order, teenager Gavin Grimm has a small victory as the 4th Circuit court of Appeals ruled in his favor however, the order also means that lower courts around the country that are handling cases currently in review the burden of deciding if rights of transgender students to use school bathrooms that correspond to their chosen gender, not the one assigned at birth are constitutional.

The appeals court in Richmond, Virginia as wellas other appellate panels handling similar cases around the country will be the front lines to decide whether federal anti-discrimination law or the Constitution protects transgender students’ rights.

Joshua Block, American Civil Liberties Union attorney who represents Grimm, told ABC News, that he remains persuaded that courts ultimately will side with transgender students.  But, Block said, “This is disappointing for trans kids across the country and for Gavin, who are now going to be held in limbo for another year or two. But Title IX means the same thing today as it meant yesterday. Lower courts already have held that it protects trans kids.” said Block. 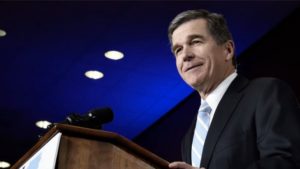