LAS VEGAS — (11-06-19) — We are proud to announce that nearly fifty percent of LGBTQ candidates running for office in state and local elections last night, won!

The LGBTQ Victory Fund, a political action committee that supports LGBTQ candidates, reported on Wednesday afternoon that 99 out of the 200 LGBTQ candidates on the ballot won their races.

That means more openly LGBTQ candidates were elected in 2019 than in any other odd-numbered election year in US history.

The LGBTQ Victory Fund endorsed 111 candidates going into Tuesday’s elections, and out that, 80 won!

“By knocking on doors and speaking to the issues most pressing in their communities, LGBTQ candidates are winning elections in numbers and in parts of the country thought unthinkable a decade or two ago,” said Annise Parker, President & CEO of the LGBTQ Victory Fund.

Parker continued, “LGBTQ people are in every community – we are people of color, women, immigrants, and people with disabilities – and we come from families both liberal and conservative. This beautiful diversity provides an opportunity to connect on some level with every single voter in America. That is the reason LGBTQ candidates are winning in unprecedented numbers, and this will only accelerate in the years ahead,” said Parker.

Plus a whopping 56 percent of trans women won their races on Tuesday, making it a major victory for the LGBTQ community on Wednesday night. 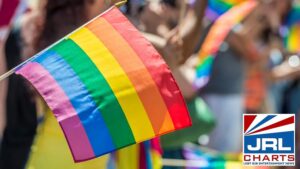