“Running With the Devil” marks Jason Cabell’s directorial debut. Filming began on “Running With The Devil” in Albuquerque, New Mexico on March 13, 2018, then moved to Bogotá, Colombia on April 2 and wrapped production on April 18.

Nicolas Cage, Laurence Fishburne Star in the action thriller “Running With The Devil

Now, Patriot Pictures and production company Jaguar Bite have released the official trailer for “Running With The Devil”.

Synopsis:
“When a cocaine shipment is compromised to the dismay of the Cartel’s ringleader, The Boss, the Boss orders his most trusted Cook (Nicolas Cage confirmed) and another master drug trafficker, The Man on a dangerous journey to audit the company’s supply chain from its origins as a coca plant in Colombia, across international borders navigating a spectrum of federales, gangsters, refiners, couriers to the final point of purchase at a night club in Canada.

Produced by Michael Mendelsohn and Jim Steele, this fast-paced adventure is a journey of life and death, as a rogue Agent in Charge dogs the Cartel’s every turn, and a compromised Snitch threatens to destroy internal secrets… infuriating the Boss.” 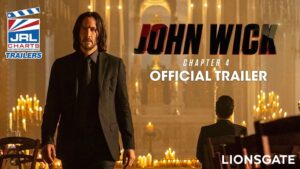