The LatinBoyz network unveiled their sexy newcomer JEZZE on September 16 and already, LatinBoyz fans can’t get enough of this newcomer as he performs his first ever solo for the LatinBoyz cameras.

This cute new model with the curly hair, sexy lips and fat uncut Latin dick is Jezze. He’s a 19 year old from California that ranks his favorite sexual activities in order: [1] getting that fat Latino dick sucked. [2] Fucking a nice tight ass. [3] Sucking dick and for special occasions. [4] Getting fucked!

JEZZE has the perfect equipment for all four as you can clearly see. 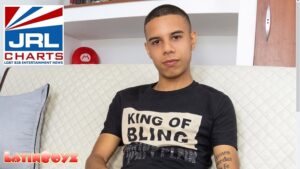 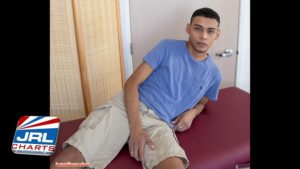