LOS ANGELES — U.S. immigration agents (ICE), raided over 98 of 7-Eleven stores in the USA just before dawn on Wednesday Jan. 10, to make employment audits and interview workers in what ICE officials described as the largest operation against an employer under Donald Trump’s presidency.

Agents targeted 98 stores nationwide, expanding an investigation that first launched with a 4-year-old case against a 7-Eleven franchisee on New York’s Long Island. The audits could lead to criminal charges or fines over the retail stores’ hiring practices. 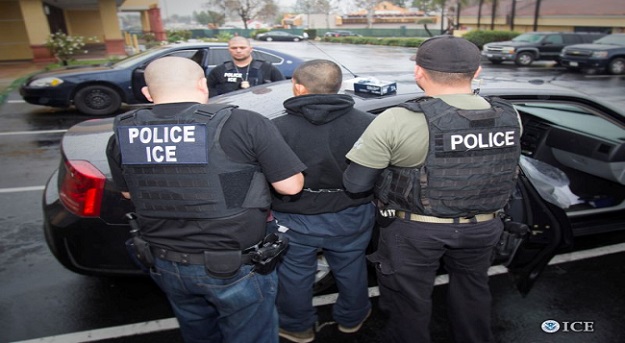 This action which is normally not reported on in Mainstream media outlets due to the heavy advertising American companies utilize, appears to open a new front in Mr. Trump’s tough expansion of immigration enforcement, which has already brought a 40 percent increase in deportation arrests since taking office. Hardliners have been pressing for a tougher stance on employers.

Derek Benner, a top official at U.S. Immigration and Customs Enforcement, told the Associated Press in an interview…”Today’s actions send a strong message to U.S. businesses that hire and employ an illegal workforce: ICE will enforce the law, and if you are found to be breaking the law, you will be held accountable,” Thomas D. Homan, ICE deputy director and senior official performing the duties of the director, said in a statement. “Businesses that hire illegal workers are a pull factor for illegal immigration and we are working hard to remove this magnet. ICE will continue its efforts to protect jobs for American workers by eliminating unfair competitive advantages for companies that exploit illegal immigration.” said Benner.

“7-Eleven tranchisees are independent business owners and are solely responsible for their employees including deciding who to hire and verifying their eligibility to work in the United States.” This means that all store associates in the franchised store are employees of the franchisee and not 7-Eleven Inc.”

The company added…”We take compliance with immigration laws seriously and we have terminated the franchise agreements of franchisees convicted of violating these laws.”

According to ICE, the actions taken on Wednesdasy are a “follow-up” to actions it took against 7-Eleven franchises back in 2013.