LAS VEGAS, NV — (12-15-22) — We are sad to report that JRL CHARTS Vice President and COO Rudy Nava has passed away at the age of 49. For 20 years, Rudy Nava was an organ to the operations of JRL CHARTS and the entire staff is devastated at his passing.

After suffering 3 heart attacks following his open heart surgery 4 weeks ago, it was confirmed to JRL CHARTS that Rudy J. Nava had passed away at 4p.m. PST on December 15, 2022 at Mountain View Hospital in Las Vegas, NV.

From day one of his 20 year career at JRL CHARTS, Rudy took the reigns in establishing relationships with producers, directors, production companies and distributors. Over the past few years, his health had begun to take a turn for the worse.

“I spoke with his father tonight and he is devastated by the news as I was,” said Andy Powell, Senior Reporter. “That’s because we all spent so much time together, Rudy was a true friend and taught me so much about this business that he will always be my mentor.” said Powell.

“We knew it was coming,” said Music and Film reporter Michael “The Sizzler” Jacobs, “But right now, I’m still in shock that he is actually gone.” said Jacobs.

“He was the iron fist in editorial,” said LGBT Politics reporter Paul Goldberg. “If you ever needed a real team leader, Rudy was the one to call upon.” said Goldberg.

“A real team player is how I would describe how Rudy was to the JRL CHARTS team,” said Christopher Larken, Controller. “One thing I will miss will be his practical jokes. Rudy always knew how to make you laugh. He will be missed.” said Larken.

“Words can’t express what I’m feeling,” said Alberto Baltazar Flores, Executive Editor n’Chief. “For over 22 years he was a brother to me and will always be remembered that way. I’m glad he is no longer in any pain and can now rest.” said Flores.

“I lost a true friend, a dedicated team member who always put the job first,” said President and CEO Christopher Thais. “Working 18 hours a day, 6 days a week for nearly 16 years made him a part of this company in more ways than I can describe. I have truly lost a dear friend and a brother.” said Thais.

I would like to close by saying that for years when I was so overwhelmed by my workload, Rudy would step in to help me navigate it and get me back on track.  One thing I know is that he is now in a better place and looking down upon us without anymore pain or stress. Knowing him the way I did, I’ll bet if his ghost were to appear right now, he would say “Get to Work Keith”.  Mr. Nava will be missed. 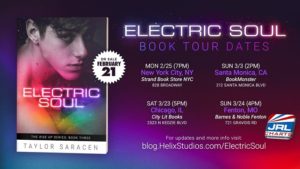 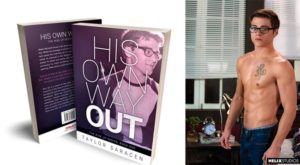 Blake Mitchell ‘His Own Way Out’ Release Party Announced