Conrad Parker and Walden Woods deliver over two hours of raw action jam packed into four mouthwatering scenes that are sure to bring brick and mortar arcades, rentals and DVD sales wonderful numbers for Next Door Studios, Gamma Media Group and Pulse Distribution. 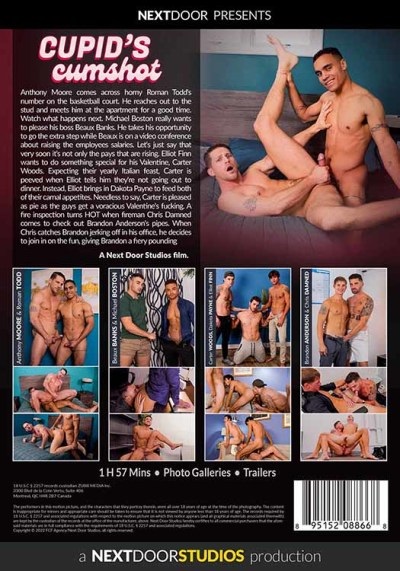 Let’s just say that very soon it’s not only the pays that are rising. Elliot Finn wants to do something special for his Valentine, Carter Woods. Expecting their yearly Italian feast, Carter is peeved when Elliot tells him they’re not going out to dinner. Instead, Elliot brings in Dakota Payne to feed both of their carnal appetites.

Needless to say, Carter is pleased as pie as the guys get a voracious Valentine’s fucking. A fire inspection turns HOT when fireman Chris Damned comes to check out Brandon Anderson’s pipes. When Chris catches Brandon jerking off in his office, he decides to join in on the fun, giving Brandon a fiery pounding.”