WASHINGTON D.C. — (12-06-20) — America’s top cop, Attorney General William Barr, leaked to the New York Times sunday evening that he is weighing the decision to step down ahead of the end of Trump’s term.

“Attorney General William P. Barr is considering stepping down before President Trump’s term ends next month, according to three people with insider information on what Bil Barr is thinking,”. “One said Mr. Barr could announce his departure before the end of the year.” according to the New York Times.

The New York Times also reported ..“It was not clear whether the attorney general’s deliberations were influenced by Mr. Trump’s refusal to concede his election loss or his fury over Mr. Barr’s acknowledgment last week that the Justice Department uncovered no widespread voting fraud. In the ensuing days, the president refused to say whether he still had confidence in his attorney general,”.

One of the sources of the New York Times said that “Mr. Barr had been weighing his departure since before last week and that Mr. Trump had not affected the attorney general’s thinking.” Another source told the Times that Barr “had concluded that he had completed the work that he set out to accomplish at the Justice Department.” 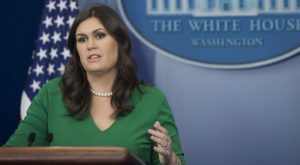