With the announcement of Boris Johnson infected with Coronavirus going viral, it was no wonder that he took to twitter to comment on the shocking news.

“Over the last 24 hours I have developed mild symptoms and tested positive for Coronavirus. I am now self-isolating, but I will continue to lead the government’s response via video-conference as we fight this virus. Together we will beat this,” Johnson wrote.

Over the last 24 hours I have developed mild symptoms and tested positive for coronavirus.

I am now self-isolating, but I will continue to lead the government’s response via video-conference as we fight this virus.

Together we will beat this. #StayHomeSaveLives pic.twitter.com/9Te6aFP0Ri

In a video released this morning, the prime minister said he was experiencing a temperature and a persistent cough, which are key symptoms of the virus, and that he took a test on the advice of the country’s chief medical officer, Chris Whitty.

“I’ve taken a test. That has come out positive,” he said, adding that he was working from home and self-isolating. “And that’s entirely the right thing to do.”

“But be in no doubt that I can continue, thanks to the wizardry of modern technology, to communicate with all my top team to lead the national fightback against coronavirus,” said Johnson.

A government spokesperson said that the test was carried out in Downing Street by staff from the NHS, the country’s public healthcare system.

The prime minister joins a long list of government officials around the world who have been infected with the coronavirus. Few heads of government, however, have contracted it.

The death toll in the UK reached 759 on Friday, bringing a total of more than 14,500 infections that have been recorded in the United Kingdom.

With prime minister Boris Johnson testing positive for Coronavirus,it is ironic that the UK is still not testing widely, so true infection numbers are likely to be much higher once the government gets off their asses as commits to fighting this virus. 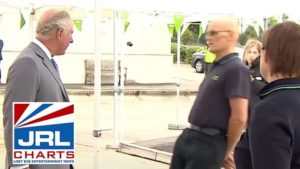 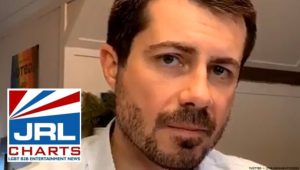 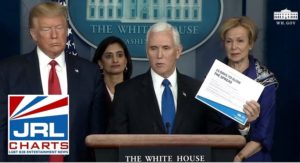