Placer County Public Health officials confirmed that a patient who had tested positive for COVID-19 after returning from a cruise to Mexico last month had died. The individual was an elderly adult with underlying health conditions and was Los Angeles County’s second confirmed case of COVID-19.

“Close contacts of the patient were being quarantined and monitored for the illness and that the patient’s likely exposure occurred during international travel on a Princess cruise ship that departed Feb. 10 from San Francisco and sailed to Mexico, returning Feb. 21,” said officials.

The patient tested positive Tuesday and had been placed in isolation at Kaiser Permanente Roseville.

The patient likely had minimal community exposure between returning from the cruise and arriving at the hospital by ambulance on Thursday,” said health officials.

Ten Kaiser Permanente healthcare workers and five emergency responders, who were exposed prior to the patient’s being put in isolation, are now in quarantine.

It is worth noting that none of those 15 workers are exhibiting symptoms, said officials. 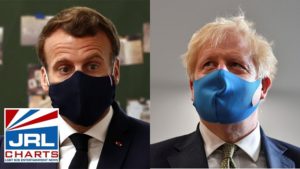