Grooby Network confirmed to our newsroom that the rebranding of several of its popular membership sites to the new TGirlJapan.com, TGirlsJapanHardcore.com and BrazilTGirls.xxx domain names has launched.

The process is part of the company’s initiative to update its terminology to more accurately reflect the current social climate, which started with the rebranding in 2017 of its flagship site, ShemaleYum.com, now called GroobyGirls.com, according to company owner Steven Grooby.

“We said it would take a year to do this, and we’re a little ahead of schedule,” commented Grooby. “Apart from the changes to the paysites, we’ve changed a lot of social network accounts, free forums, and longstanding blogs. I’m happy to report that the response from the members, the models, and the industry have been mostly very positive and that our leadership seems to have encouraged other companies to make similar changes. We’ve been asked to advise on a number of dating, tube and clips sites, and are all looking forward to continuing to work closely with the many trans performers on how to create the content and brands that they want to produce or be associated with.” said Grooby.

Founded in 1996, Grooby is one of the leading producer of trans erotica. In addition to operating over 30 membership sites, the company produces nearly 50 DVDs a year and hosts the annual TEAs (Transgender Erotica Awards) held in Hollywood, California. For a full list of Grooby’s membership sites, visit the Grooby Network. 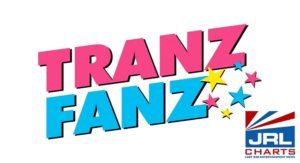 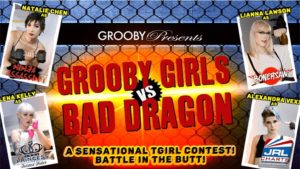