CHATSWORTH — The Free Speech Coalition (FSC) issued a statement on Saturday afternoon for a “precautionary” stoppage on all Gay and Heterosexual adult production effective immediately due to a performer possibly testing positive for HIV.

Review the official statement by the FSC:

“The Free Speech Coalition is calling for a precautionary production hold after a possible positive test for HIV by an adult performer listed in the PASS database. The performer had not worked on an adult set during the window of transmission, and had not participated in any fluid exchange shoots since their last negative test.

Out of an abundance of precaution, we are asking that producers stop filming until we are able to confirm all facts. We will also proactively begin partner notification and retest anyone who might have had contact with the performer since their last clear test.

FSC was not the only organization to call for an immediate halt as the Adult Performer Advocacy Committe (APAC), with the following statement:

“Due to an adult industry performer testing positive for HIV, the Adult Performer Advocacy Committee (APAC) requests a temporary industry-wide production hold while doctors perform confirmatory tests. The performer is currently being re-tested to establish whether the result was a false-positive or if there is need for further testing. Based on the current genealogy, there is low-risk to the performer pool.  APAC will release a statement within the next few days regarding whether the production hold is called off or if a two-week moratorium is necessary.

Due to HIPAA regulations, personal or health information about this patient is not allowed to be released. APAC is asking fellow performers to show compassion towards each other and to our unnamed peer who is currently waiting for the results of their confirmatory test and to abstain from speculating about the patient’s identity.

The Adult Performer Advocacy Committee’s mission is to support the safety, happiness, and well-being of individual performers, and our community. Therefore, we stand against blaming specific performers for contracting HIV, and we encourage them to take steps to ensure HIV- negative scene partners are not exposed. If any performers impacted by this work-halt need emotional support, a friendly face, or a shoulder to cry on, APAC is available to help you through this period.

This request to honor the current production hold is made for the safety of our community as a whole and for performers’ individual safety. APAC is requesting that all adult performers honor the call for a production hold and treat each other with compassion and respect during this time.”

JRL CHARTS will continue to follow this story and will bring you more updates as they are released. 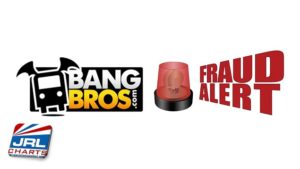 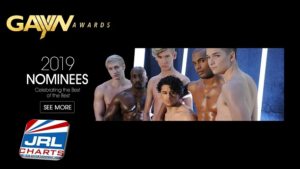 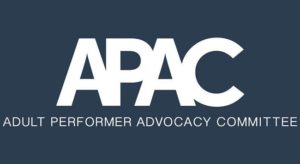