CUPERTINO, CA — (08-30-20) — From the executive producer of Battlestar Galacicta and Outlander comes ‘For All Mankind’ Season 2 Official Sci-Fi trailer from Apple TV.

Synopsis:
“Told through the lives of NASA astronauts, engineers and their families, For All Mankind presents an aspirational world where NASA and the space program remained a priority and a focal point of our hopes and dreams.” 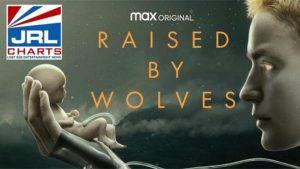