STUM [2018] is the new gay short film from director David Bonecker and Eilidh Gow that takes you into a a story about a heartwarming film that tells the story of two teenage boys in love.

The film was created by Eilidh Gow and David Bonecker.  They commented on their latest masterpiece; “We thank them to give us the opportunity to share this heartwarming story. Please help them to do more short films in the future by supporting them on Patreon” 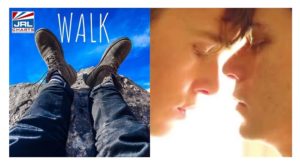