CHATSWORTH, CA — The return of the GayVN Awards coming in January 2018 has found itself embedded in an unexpected controversy over racism and prejudice due to the categories and nominees for the upcoming Gay adult film award shows that has been on hiatus over the past seven years.

In fact one of the gay adult film industry’s top stars, Hugh Hunter,  said that he had – had enough and spoke out immediately upon reviewing the categories and nominees for the 2018 GayVN Awards by publicly stating on the official Hugh Hunter Twitter Account, to please remove him from the nominations he was selected for.

In fact Hugh Hunter posted today…”The number of people with positions of power in the adult industry who’ve unfollowed me in the last 48 hours is telling”! Turning a blind eye does not make this issue go away” posted Hunter.

I reached out to the A-List star to get his thoughts on the 2018 GayVN Awards and the controversy that it has stirred up among both Industry executives and talent. 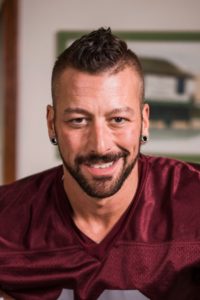 Hugh Hunter: I can only speculate on why the demand for more gay adult entertainment featuring men of color isn’t being satisfied by the content creators. My short—and unsupported by any insider knowledge—answer is that there is a race issue within the industry. I’ve often heard that many studios create the type of content consumers request and purchase.

Hugh Hunter: In truth I’m not even sure who nominates content for award shows. Do studios submit content? Do the award shows select the nominees? And furthermore who votes for the recipients? There are a few fan based awards sprinkled in each award show that solicit consumer votes but what about all the “big” awards? Who is the voting body? Is it the award shows? The studios? Is there a designated voting body? I don’t have an answer and I’m in the industry. I do know that not all of the blame can be placed on award shows for this lack of representation. This is the result of a lack of content being created. However categories such ‘best ethnic scene’ are specifically the fault of award shows and serve only to further the cycle of racial bias and prejudice.

Keith Witchka: I’ve reached out to GayVN for comment on this story as well and am hoping to get feedback in time for posting but by the time I was prepared to post, they released a press release pertaining to this issue. But before I get into their response, what was it that brought you to your decision to go public and refuse to accept the nominations for your performances by the GayVN Awards?

Hugh Hunter: This is an issue I have been aware of for some time. I have often requested to work with a more diverse representation of the gay community but only a few studios made that happen. I’ve been known to speak out against other industry injustices and felt this subject needed to be addressed, even more so since last year’s election which seemed to rip off President Obama’s band-aid against racism and bigotry in our country. The LGBTQ community seeks equality in every aspect of life and I find it appalling that we ourselves do not afford equality to the members of our own community. The GayVN Awards created a category that was so racially biased I was compelled to speak out, and since they’re an arm of the adult industry behemoth AVN it seemed a logical place to call attention to the issue because it might attract media attention. Luckily it did. More personally I’m very proud of the brand I’ve created around Hugh Hunter. I truthfully did not want the Hugh Hunter name associated with any event that demonstrated a blatant disregard of equality.

Keith Witchka: The Editor of GayVN posted a press release on their site pertaining to this issue and all of the backlash and concerns that they have received since releasing the nominees for the 2018 GayVN Awards show taking place in Las Vegas in January.

In response to concerns raised by members of the adult community, AVN Media Network is making a significant change to the 2018 GayVN Awards nominations. Effective immediately, the category of Best Ethnic Scene has been merged with Best Duo Scene. All nominees in both categories will be in the running for a single award.

The team at AVN offers a heartfelt, unequivocal apology to anyone who felt that the category of Best Ethnic Scene was an attempt to slight performers of color. It truly pains us to have offended any member of our community.

We also want to share some additional thoughts on this issue—not in any way to discount the feelings of those who protested, but rather to provide some context for the original decision to create this category.

Earlier this year, when AVN planned to bring back the GayVN Awards after a seven-year hiatus, the first step was to come up with a list of categories in which members of the industry could pre-nominate their content. Best Duo Sex Scene and Best Group Sex Scene were two obvious choices.

However, to involve as many companies and performers as possible by including more categories and therefore more winners, the decision was made to add categories that recognize content aimed at certain consumer groups—hence, for example, Best Fetish Scene and Best Bear Scene. Though some nominees are produced by “mainstream” gay adult companies, these categories provide a platform for smaller producers to receive more attention.

In the same spirit, the Best Ethnic Scene category was added to recognize producers who work largely with performers of particular ethnic backgrounds. These producers cater to their own group of consumers and are a key component of the gay adult industry, and we hoped to ensure they were well represented in the 2018 nominations. The addition of this category was never intended to restrict performers of any non-European ethnic background from competing fully in ANY other category, whether in the judged categories or the Fan Award categories.

We’ve done the best we could this year to be inclusive in all categories, but we know we can and must do better. We invite all members of the gay adult community to take a look at the nominated performers as a whole and give us a comprehensive critique. Send your comments to editor@avn.com. To see the updated nominees, go to AVN.com/gayvnawards.

This is an issue that has been controversial for years and is nothing new. We also must remember that the traditional method of being considered was for studios, publicity agents and their distributors to submit their films to the board of judges for consideration. In the same method as the mainstream awards have done for decades. Our industry as well had a reputation for following the same formula but things have changed over the years.

While the digital-download market of the Gay adult film industry clearly shows what consumers are looking for, it is entirely different in the makeup of the Gay adult film DVD marketplace as new release productions make up 60% White 9% Latin, 10% Black 7% and Asian %4 but, catalog DVD sales makeup 57% Black and 42% White (Domestic)..  Who should we be looking for answers from?
Producers | Directors | Distributors or Retailers?

Let me know your FEEDBACK on this issue and it may be included in my follow up article on this subject in the coming weeks here on JRL CHARTS. 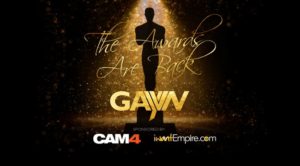 Nominees for the 2018 GayVN Awards Announced 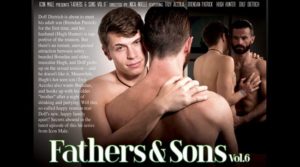