NEW YORK, NY — The Pleasure Chest Adult Retail Chain’s head of business operations, Sarah Tomchesson, penned an op-ed response to the allegations made in a press release from a New York City Union (RWDSU) against the adult store chain.

The adult retail chain’s union published a press release on its site, alleging that employees unanimously voted on June 29, 2017 to unionize, and the vote was certified by the National Labor Relations Board last Friday, July 7.

In the press release issued to the media, the RWDSU said that the new union members had “faced the largest union busting campaign ever launched by the industry.” Adding…that workers were subjected to “over 10 hours of captive audience meetings with management.”

“The harassment and categorically tone-deaf anti-union campaign lead by Jackson Lewis and Labor Relations International that the workers at Pleasure Chest faced is an outrage – I am proud that the RWDSU will be at the bargaining table to ensure that these workers never face that type of horrific transphobic behavior by their company again,” Stuart Appelbaum, president of the RWDSU said in the release, which an be read in its entirety here. “This is now the second workforce unionized in the industry—and it has never been clearer that LGBTQ workers need a strong union voice. The RWDSU is proud to work with our new members at Pleasure Chest to ensure that they have the rights and protections they need in this highly sensitive workplace.”

In response to the claims made by the RWDSU, Sarah Tomchesson issued the following press release:

“A number of articles were published on Friday citing a press release issued by the RWDSU Union regarding the recent Unionization of NYC workers at the Pleasure Chest, a progressive adult retailer. These articles went to print without seeking comment from the Pleasure Chest and presented biased claims as fact.

The Union would like to position the Pleasure Chest as blind to the conditions faced by our largely LGBTQ workforce and claim we have unfair labor practices and subject our workers to harassment. While these claims make for attention grabbing headlines, arguably their main aim is to help bolster RWDSU’s standing on the national stage as a Union that is putting LGBTQ rights at the center of their efforts. This Union has only very recently begun to position LGBTQ protections as an organizing priority and their claims positioning the Pleasure Chest as an oppressive work environment are simply false. I argue that we have set the standard in our industry, not only in progressive policies and protections, but also in wages and benefits for decades.

· Pleasure Chest was the first in our industry to offer full time schedules, health insurance benefits and paid time off, and has remained committed to this for decades.

· Pleasure Chest compensation is 25% higher than industry standard when compared to retailers operating in metropolitan cities and excluding the pay our educators receive and the strong bonus and incentive program.

I also strongly push back against the Union’s claims that the Pleasure Chest has cultivated a work environment that is insensitive to the needs of our workers, particularly our LGBTQ and gender non-conforming workers.

· Pleasure Chest’s practice of prioritizing internal promotions and creating growth opportunities for our staff has resulted in 93% of management starting on the sales floor. 86% of Pleasure Chest management identifies as LGBTQ.

The Union accuses Pleasure Chest of union busting. It is true that we took the opportunity to meet with our NYC teams in June. We held five meetings over the course of 3 weeks to ensure our staff was well-informed on the business of the Union, and how our policies, protocols, wages and benefits package stacked up against the recent Babeland contract the Union negotiated and has held up as the gold standard. We did hire a consultant as a resource to our workers to fill in the knowledge gaps where we have no expertise; we fired that consultant when it was reported to us that they were not meeting our company communication standards. We chose to use the time granted to us in the law to speak with our staff and make sure they were making their decision with the full knowledge, not of what the Union had promised, but of what they had actually delivered. In the case of Babeland’s contract, it falls short of our current wages, benefits and progressive policies across the board. While we respect our workers’ right to unionize, we met with our teams to ensure they were clear on the rights and benefits they have without paying for Union representation.

We, as management, are attuned to the issues our workers face because they are the same issues we as a community of LGBTQ-identified, sex industry workers face on a daily basis. We will come to the negotiation table in good faith, not because we are forced to be concerned about the well being of our workers, but because we have been committed to that principle and to our mission of celebrating diversity and creating a safe space for our customers and workers alike for the past 46 years.” 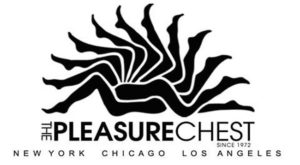 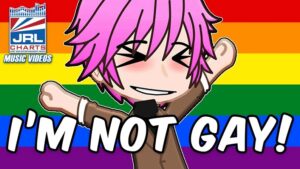