WASHINGTON, D.C. — (02-13-20) — President Donald Trump says that he would vote for a Gay candidate for president. That is hilarious considering this is the same man who has attacked the LGBTQ community at every turn.

In an interview Thursday with Roadkill With Geraldo Rivera, Trump claims that he would be open to voting for a gay candidate for president.

“Would Americans vote for a gay man to be president?” Fox News journalist Geraldo Rivera asked 40 minutes into his podcast, “Roadkill With Geraldo.”

“I think so,” said Trump. “I think there would be some that wouldn’t, and I wouldn’t be among that group, to be honest with you.”

“I think that it doesn’t seem to be hurting Pete ‘Boot-edge-edge,’” Trump said of the openly gay presidential contender, slowly using the phonetic pronunciation of the former South Bend, Indiana, mayor’s Maltese surname.

“But there would certainly be a group,” the president repeated, “that probably wouldn’t. But you and I would not be in that group.” said Trump.

“We would not,” responded Rivera.

Not to mention his famous tweet in May of 2019 where Trump complained on Twitter that Fox News was “wasting airtime on Mayor Pete.”

Hard to believe that @FoxNews is wasting airtime on Mayor Pete, as Chris Wallace likes to call him. Fox is moving more and more to the losing (wrong) side in covering the Dems. They got dumped from the Democrats boring debates, and they just want in. They forgot the people…..

This is clear evidence of Trump trying to latch on to a popular political topic especially after a 2019 Gallup poll found that 76 percent of Americans would vote for a gay or lesbian presidential candidate — just behind the 80 percent who said they would vote for an evangelical Christian.

In that same Gallup Poll, Over 90 percent of Americans said they would vote for a black, Catholic, Hispanic, female or Jewish candidate.

Back in 1978 when Gallup began asking Americans about their willingness to vote for a gay or lesbian presidential candidate, just 26 percent said “yes.”.

What will we see next? Trump at a Gay Pride Festival trying to secure LGBTQ voters for November? 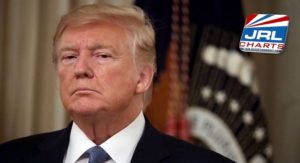