BALTIMORE, MD — (05-09-19) — Baltimore police have opened a hate crime investigation after a PRIDE flag was burned in front of a LGBTQ shop.

The Pride flag was burned outside of the popular LGBTQ boutique, Same Gender Love, located at 339 N Charles Street, in the Mount Vernon neighborhood.

The incident took while Merrick Moses, board chair of the Pride Center of Maryland, was filming an episode of Queer Conversations.

Immediately following the hate crime attack, Merrick Moses posted photos of the burnt PRIDE flag on Facebook, and wrote: ‘We were just minding our own “queer” business, not hurting anyone. Why burn our flag? What’s the purpose? Why can’t LGBTQ people live in peace?’

‘That flag represents not just a people but it also represents a struggle of a people to live as human beings,’ said Moses. ‘The flag was adopted because it shows the diversity of our community. It also shows our strength and the promise of our country, that all people are created equal. When someone burns this flag, it says we don’t respect your humanity and we think you don’t belong here.’” said Moses.

According to police investigating the hate crime say that two men were seen on surveillance video running away from the scene after setting fire to the PRIDE flag.

The Baltimore sun reported….“Merrick Moses and LaToi Williams, Queer Conversations show host, ran outside with the manager of the Same Gender Love boutique to find the flag still smoldering.

Detective Jeremy Silbert confirmed to our newsroom that Baltimore Police Department’s criminal intelligence unit had opened a hate crime investigation after an employee reported the flag burning around 9:40 a.m. on Saturday May 4.

The Baltimore Police Department’s criminal intelligence unit is working with Central District officers and the department’s LGBTQ liaison in the investigation. 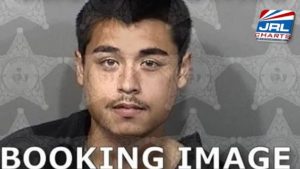 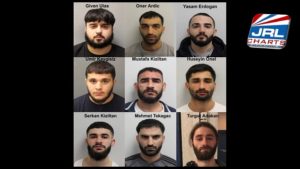