WEST BANK, ISRAEL — (11-02-19) — Middle East LGBTQ group alQaws on a sudden and alarming increase in arrests and abductions of LGBTQ activists by the Palestinian Authority.

In a statement released by alQaws for Sexual and Gender Diversity in Palestinian Society, condemned the recent increase in police violence towards LGBTQ activists.

“Our arrested friends and fellow activists report military-style investigations involving violence, blackmailing, and interrogations marked by coercive, offensive, and insulting questions regarding private lives, their connections to alQaws, and attempts to coerce these individuals to collaborate with the PA in order to arrest and persecute others.

This strategy has created threatening conditions for alQaws activists, placing already politically or socially vulnerable individuals at an even greater risk. The police abductions, persecution and interrogations of activists and individuals are unjust, immoral, and illegal.”

“When people demanded the police officially and publicly denounce their statement and affirm the legality of alQaws’ work, the police refused. With the statement not officially stricken from the public record, the violence it called for against LGBTQ people in Palestine has continued— unabated, with greater frequency and intensity. Alarmingly, we have witnessed more than a dozen cases of targeting and harassment that have led to numerous arrests — or rather abductions — in recent weeks. We believe there are many more cases that have not reached us.

We must take legal action during these times, but we are well aware that community support is fundamental to our continuity and strength.

We call on all individuals who are vulnerable to persecution and blackmail to contact us and ask for support. We also demand the official Palestinian entities to immediately stop this violence and persecution of our communities,” the statement concludes.

alQaws will fight for LGBTQ Rights in the Palestinian Territory 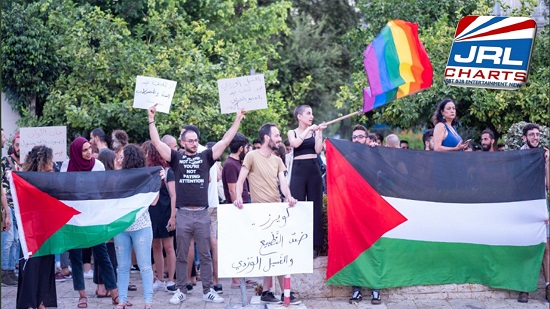 The latest actions by the Palestinian Authority follows their announcement back in August that bans all pro-LGBTQ activism by alQaws. Needless to say that statement drew immediate international media condemnation.

Once the 24-hour news networks got bored with the story, abductions, arrests, intimidation and violence against LGBTQ citizens increased unchecked.

The majority of attacks are being generated by Palestinian police, according to alQaws. In fact over the last several weeks, there has been an increase in targeting LGBTQ activists and holding them without charges being filed.

The group says they will not intimated and are committed to continue its work to provide a safe environment for LGBTQ activists and individuals facing oppression by police.