Former Republican congressman Aaron Schock (R-IL), who resigned from the lower chamber in 2015 after being charged on 24 felony counts for the reckless use of campaign funds to buy Katy Perry tickets and massages, came out as gay Thursday in an Instagram post.

Schock opened up on his sexuality and even had the nerve to speak out on his anti-LGBTQ votes and comments against the LGBTQ community while he served in congress.

“I am gay,” Schock penned in a lengthy statement posted to the social media site.

Schock continued, “I can live openly now as a gay man because of the extraordinary, brave people who had the courage to fight for our rights when I did not: community activists, leaders, and ordinary LGBT folks.”

“The truth is that if I were in Congress today, I would support LGBTQ rights in every way I could,” Schock wrote, appearing to rationalize his previous votes while in Congress.

“I realize that some of my political positions run very much counter to the mainstream of the LGBTQ movement, and I respect them for those differences. I hope people will allow for me the same,” Schock stated.

Link in profile to full text

Blow back was instant from social media!

good morning, aaron schock doesn’t get a free pass and a warm welcome from me, that dude can eat shit

He voted against all of us — voted with the bigoted GOP on discriminating against gay people — over and over.

Being gay teaches you to compassion for others and to be open-minded and kind. Not to Aaron Schock, though. He can fuck right off. We do not accept him. pic.twitter.com/9WglbgeZqm

It’s ashamed that Aaron Schock didn’t have enough gutts to come out while in office. Politicians..what else can we expect. 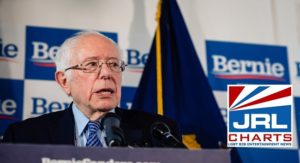