ORLANDO, FL — (01-19-23) — A homophobic vandal shattered windows at a popular LGBTQ Bar on Wednesday morning. Later in the day, people were seen at the Southern Nights complex in Orlando’s Milk District replacing their windows after the hate monger with serious issues damaged the façade of the beloved gay bars.

Orlando police are investigating after a man was captured on surveillance cameras around 3:40 a.m. on Wednesday.

In the surveillance video, the man is seen walking by the businesses. And then moments later, one of the windows shatters. He walks by again, back and forth. And then another window shatters.

Police said it appears the man “used an unknown item that was able to shatter the windows.”

“Your first initial thought is that you are a target for a specific reason. I don’t want to assume,” said Blue Star, a spokesperson for Southern Nights and an advocate for Orlando’s LGBTQIA community. “But I can tell you that my heart feels attacked for sure,” said Star.

“It’s heartbreaking. It’s just heartbreaking,” said Star. “Every day we stand up and we fight for our rights. Unfortunately, in Florida, we are battling the ‘Don’t Say Gay’ laws, our anti-trans laws. Every single day you’re beat down when you wake up. And to have someone attack one of our safe spaces in Orlando is disheartening.” said Star.

Orlando Commissioner Patty Sheehan arrived on scene to show her support after the incident.

“I hate it because there’s been so much backlash against the LGBTQ community lately,” said Sheehan. “I hope this is not related to that kind of rhetoric that spreads hatred towards my community,” said Sheehan.

Even though some of the windows are gone, Southern Nights is opening on Wednesday!

“Gay people are resistant. Gay bars are resistant,” added Sheehan. “We are people who rise from the ashes and keep going every time no matter how much stuff you throw at us. We’re going to keep going. And we have the support of this community. This is going to be not something that’s going to be found to be popular. And I wish people would just keep their hatred to themselves.” said Sheehan.

Orlando police are working to figure out the man’s motive.

In a statement, Chief Eric Smith said: “The Orlando Police Department does not tolerate criminal behavior of any kind. Whoever committed this brazen vandalism against our city’s LGBTQ+ businesses will be held accountable.”

Business and community leaders are asking for your help identifying the person in this crime.

“We need everybody to look at that. And if you know who that person is we need to identify this person so that we can figure out what this person’s intent was,” said Sheehan.

Star said safety is number one.

“We want to make sure that the community understands (a) that their safety is the first and foremost thing that we are thinking about. But we also want to remain vigilant. And we want to remain open,” added Star. 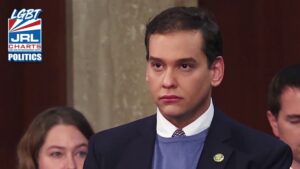