LAS VEGAS — (12-26-22) — Mel C of the iconic pop music group Spice Girls has pulled out of her upcoming New Year’s Eve show in Poland, saying her political views don’t align with the issues she’s discovered about the country’s anti-LGBT laws.

In fact many in the LGBTQ+ Community are overjoyed with her announcement that she made on Monday via Twitter @MelanieCmusic…”In light of some issues that have been brought to my attention, that do not align with the communities I support, I’m afraid I will no longer be able to perform in Poland as planned on New Year’s Eve.”

It’s no secret that Poland’s political views on the LGBTQ Community have been condemned worldwide, especially after its conservative government passed a law allowing towns in the country to declare “LGBT-Free Zones”. 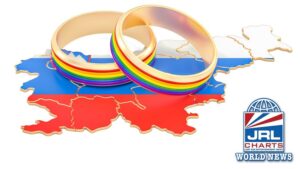