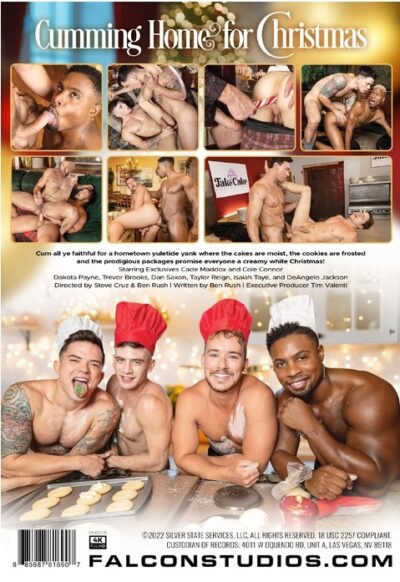 It seems that the small family bakery they run is struggling to keep its doors open and the only way to stay in business is by securing an oversized dessert order by Christmas Eve. Directed by the acclaimed Steve Cruz and Ben Rush, this heartwarming feature follows these determined holiday hunks as they set out to save the venerable family business, even if it means landing on the top – and bottom – of Santa’s naughty list. So, cum, all ye faithful, for a hometown yuletide yank where the cakes are moist, the cookies are frosted, and the prodigious packages promise everyone a creamy white Christmas.”

Tales from the Locker Room 3: Episode 2 Is a Scorcher