MONTREAL, QC — (10-10-22) — Gay adult film superstar Nico Coopa has renewed his exclusive contract with Gay adult entertainment conglomerate, Alpha Studio Group. The company is excited to announce that Nico Coopa has signed on for another year as an exclusive actor, appearing on sites across the Alpha Studio Group’s network, including Next Door Studios, Disruptive Films, Rod’s Room, and more.

“Beyond excited to have Nico sign on with us for another year,” said CCO Jeremy Babcock. “Nico is one of the most versatile talents on our roster. He pairs well with virtually anyone, he elevates everyone around him, his acting skills are on another level, and on top of it all, he looks dang good doing all of it. Glad to have you back Nico!” said Babcock.

“This last year has really been a blast working with NDS,” added Nico Coopa. “I’m thankful to continue to be able to work with the talented folks at Alpha Studio Group and excited to see what the new year will bring!” said Coopa.

Nico Coopa recently starred in a scene for Next Door Studios, “Best Head Ever,” with Carter Woods on September 10, 2022. He also starred in the inaugarual scene for the Next Door Films brand, “Weekend Getaway” on July 23, 2022 to stellar reviews.

“I’m super proud to have Nico re-sign with Alpha Studio Group as an exclusive,” said director Walden Woods. “Nico Coopa is a home run in every aspect of the word. He is a great actor, a great personality and he is stunning physically. Every single time I have him in front of my camera, I know that we are making magic. Can’t wait for everyone to see the amazing films he makes this year.” said Woods. 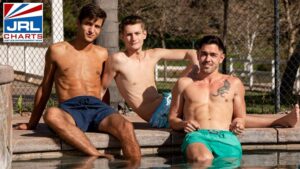 A First For Everything 2 DVD (2022) Streets in September 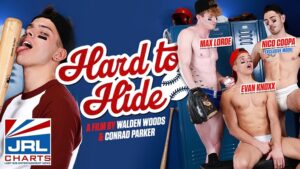