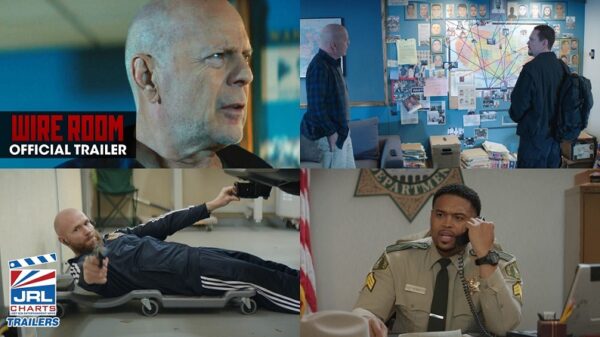 Synopsis:
“New recruit Justin Rosa (Kevin Dillon, “Entourage”) must monitor arms-smuggling cartel member Eddie Flynn — and keep him alive at all costs. When a SWAT team descends on Flynn’s home, Rosa breaks protocol and contacts the gangster directly to save his life. As gunmen break into the Wire Room and chaos erupts, Mueller and Rosa make a final, desperate stand against the corrupt agents and officials who seek to destroy evidence and kill them both.”

Lionsgate’s Wire Room (2022) starring Bruce Willis and Kevin Dillon is set to be released in select theaters, on Digital, and On Demand September 2, 2022.

Director of Cinematography:
Will Barratt