LAS VEGAS — (08-10-22) — Woody Harrelson leads a cast of gorgeous young studs and comedians in Triangle of Sadness (2022), the upcoming satirical dark comedy film written and directed by Ruben Östlund, and marks his English-language feature film debut.  Triangle of Sadness (2022) brings the story of a cruise for the super-rich that sinks, thus leaving survivors including a fashion model celebrity couple, trapped on an island. 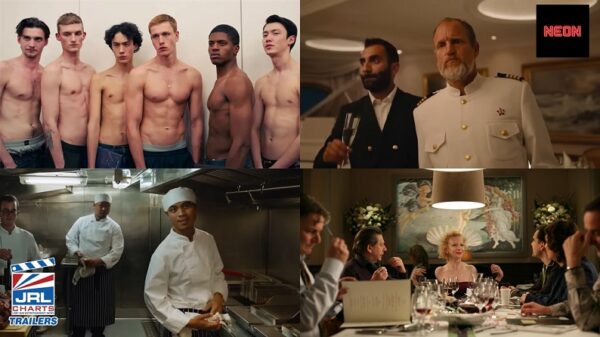 Synopsis:
“Models Carl and Yaya are navigating the world of fashion while exploring the boundaries of their relationship. The couple are invited for a luxury cruise with a rogues’ gallery of super-rich passengers, a Russian oligarch, British arms dealers and an idiosyncratic, alcoholic, Marx-quoting captain.

At first, all appears Instagrammable. But a storm is brewing, and heavy seasickness hits the passengers during the seven-course captain’s dinner. The cruise ends catastrophically. Carl and Yaya find themselves marooned on a desert island with a group of billionaires and one of the ship’s cleaners. Hierarchy is suddenly flipped upside down, as the housekeeper is the the only one who knows how to fish”

NEON Pictures is scheduled to release ‘Triangle of Sadness’ in theaters and digital platforms on October 7, 2022.

Distributed by:
Neon (USA) (all media) 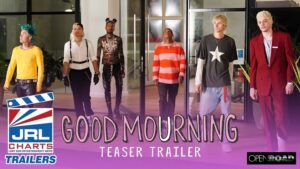 Good Mourning Official Trailer – In Theatres & On Demand May 20