BOSTON, MA — (07-11-22) — The construction site for Boston’s LGBT Senior Housing Project was vandalized on Sunday night.  The vandalism that took place in the Hyde Park neighborhood is being treated as a hate crime.

Threats of violence were spray-painted around the construction site of the LGBT Senior Housing development. 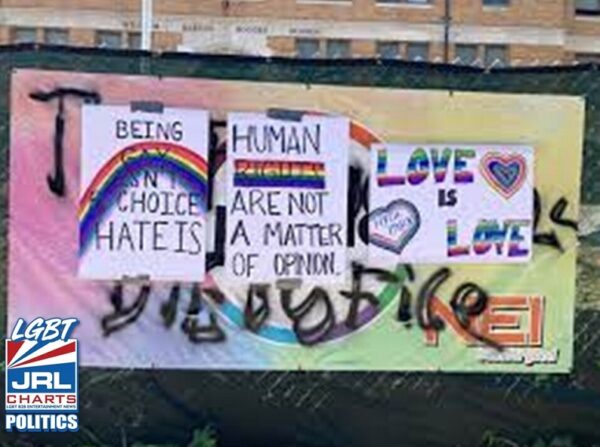 Boston Mayor Michelle Wu said…”We are here because the community refused to give up on this project,” said Wu.

According to Mayor Michelle Wu, the LGBT Senior Housing Project has been years in the making. The Mayor said that the old William Burton Rogers School will become 74 units of housing for LGBT seniors. The groundbreaking ceremony was held last month.

“To see cowards come out in the dark of night and try to intimidate or put their hate on this larger community,” added Wu. “It doesn’t represent what we have seen throughout this multiyear process,” said Wu.