NORWAY — (06-25-22) — Pride Weekend in Oslo has been met with tragedy as a gunman opens fire at a Gay bar killing two people and wounding  20 others, on the day the city was due to celebrate its annual Pride parade.

According to police, 80 to 100 people at the London Pub hid in the basement during the shooting rampage, desperately trying to call love ones on their cellphones. 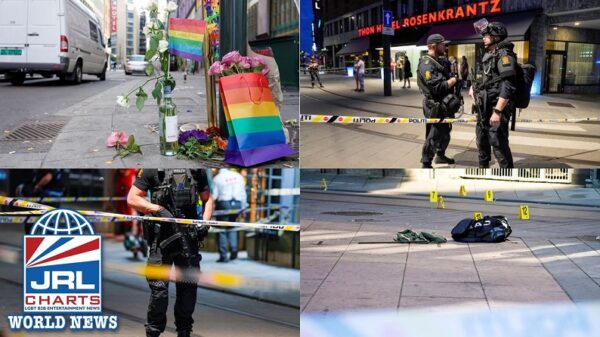 The attack took place in the early hours of Saturday with victims shot inside and outside the London Pub, a longstanding hub of Oslo’s LGBTQ Community, as well as in the surrounding streets and at one other bar in the center of the Norwegian capital.

RAW VIDEO OF THE SHOOTING RAMPAGE

Bili Blum-Jansen, who was in the London Pub, said he fled to the basement to escape the hail of bullets and hid there along with 80 to 100 other people.

A suspect, a 42-year-old Norwegian citizen of Iranian origin, was taken into custody within minutes of the shooting rampage. Police said they believed he acted alone. Two weapons, including a fully automatic gun, were retrieved from the crime scene, they added.

“There is reason to think that this may be a hate crime,” said police. “We are investigating whether the Pride was a target in itself or whether there are other motives.”

Other witnesses described the shooting massacre that erupted inside and outside the London Bar;

“Many people were crying and screaming, the injured were screaming, people were distressed and scared – very, very scared,” said Marcus Nybakken, 46, who had left the bar shortly before the shooting and returned later to help.

“My first thought was that Pride was the target, so that’s frightening.”

Journalist Olav Roenneberg of public broadcaster NRK was on scene and said he was in the area at the time and saw a man arrive with a bag, take out a gun and start to shoot: “Then I saw windows breaking and understood that I had to take cover.”

Police on scene further added that the attack was being investigated as a possible act of terrorism. 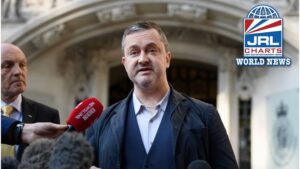 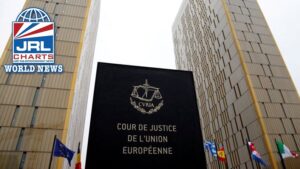 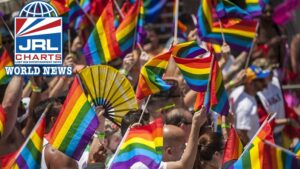