WORCESTER, MA — (06-17-22) — Bishop Robert J. McManus has set off a firestorm after saying that a Massachusetts middle school may no longer describe itself as Catholic after refusing to lower a Black Lives Matter flag and an LGBTQ+ Pride flag. 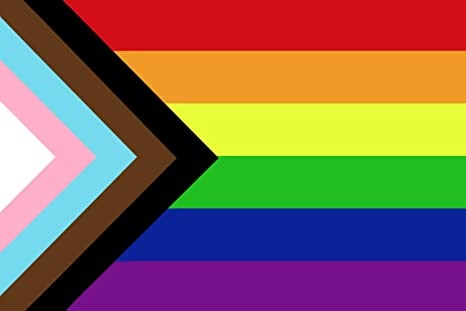 Bishop Robert J. McManus, the high moral authority who was charged with drunken driving and fleeting the scene the accident back in 2013, announced on Thursday that the Nativity School of Worcester, a tuition-free middle school for boys for low-income families, is prohibited from identifying as a Catholic School for its decision to fly the BLM, LGTQ Flags, which he said back in April, represented ideologies that are inconsistent with Catholic doctrine.

“The flying of these flags in front of a Catholic school sends a mixed, confusing and scandalous message to the public about the Church’s stance on these important moral and social issues,” wrote McManus Thursday in his official decree.

According to McManus, Catholic mass, sacraments and sacramentals are no longer permitted to be celebrated on Nativity School grounds and the school is banned from participating in fundraising involving other institutions in the Diocese of Worcester. McManus’ decree is effective immediately.

If that wasn’t enough of showing his bigotry, McManus says that the name of Bishop Emeritus Daniel P. Reilly must be removed from a list of the school’s board of trustees.

“As Diocesan Bishop, it is my sacred duty and inherent responsibility to determine when a school claiming to be ‘Catholic’ is acting in such a way that is contrary to the teachings of the Catholic Church,” McManus wrote. “Despite my insistence that the school administration remove these flags because of the confusion and the properly theological scandal that they do and can promote, they refuse to do so. This leaves me no other option but to take canonical action.”

“Gay pride flags not only represent support for gay marriage, but also promote actively living an LGBTQ+ lifestyle,” he wrote. “Others in society may say that is fine. Such people may be doing wonderful humanitarian work. But an institution that calls itself Catholic cannot condone that behavior.”

In a statement to the Nativity School community, Nativity School President Thomas McKenney said the school will appeal Bishop McManus’ decision to remove its Catholic identity through “appropriate channels.”

In the meantime, McKenney said Nativity will continue to fly both the Black Lives Matter and LGBTQ Pride flags to “to give visible witness to the school’s solidarity with our students, families, and their communities.” said McKenney. “Commitment to our mission, grounded and animated by Gospel values, Catholic Social Teaching, and our Jesuit heritage compels us to do so.” said McKenney.

To send comments to Nativity School President Thomas McKenney for continuing his support can do so via Twitter @NSWPres.