The Sixth Man DVD is sure to follow in the footsteps of the blockbuster hits from Disruptive Films as Take Him, Not Me DVD (2022), The Robots DVD (2022), No Step-Son of Mine DVD (2022) and this reporter’s personal favorite, Point of Entry DVD (2021). 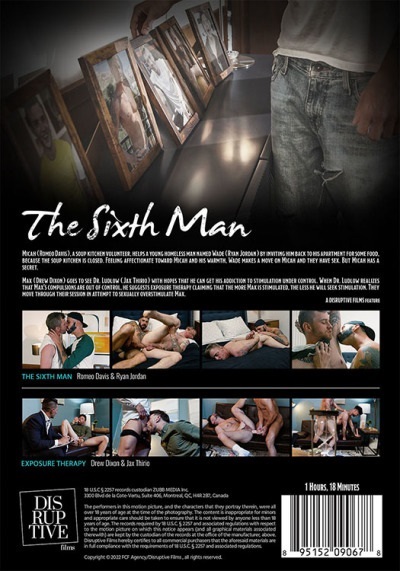 Synopsis:
“Micah (Romeo Davis), a soup kitchen volunteer, helps a young homeless man named Wade (Ryan Jordan) by inviting him back to his apartment for some food, because the soup kitchen is closed. Feeling affectionate toward Micah and his warmth, Wade makes a move on Micah and they have sex. But Micah has a secret. Max (Drew Dixon) goes to see Dr. Ludlow (Jax Thirio) with hopes that he can get his addiction to stimulation under control. When Dr. Ludlow realizes that Max’s compulsions are out of control, he suggests exposure therapy claiming that the more Max is stimulated, the less he will seek stimulation. They move through their session in attempt to sexually overstimulate Max.” – Walden Woods

Retailers you will want to double up your order for this ‘Must Stock’!

Pulse Distribution has confirmed that they will begin shipping Disruptive Films’ ‘The Sixth Man DVD’ to brick and mortar stores on April 5, 2022. 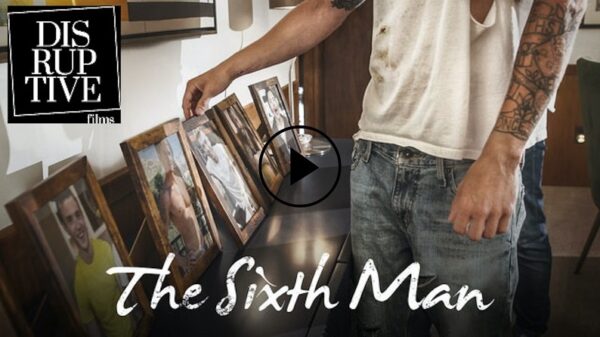