UNITED KINGDOM — (03-14-22) — In a shock to LGBTQ rights, the U.K.’s Privy Council ruled that LGBT people don’t have the right to marry on the Cayman Islands based on its Constitution and, it sided with a local Supreme Court’s decision not to allow the practice in Bermuda.

The U.K.’s Privy Council wrote in their opinion that “the effect of the board’s interpretation is that this is a matter of choice for the legislative assembly rather than a right laid down in the constitution,”.

The Cayman Islands case was brought before the Privy Council after LGBT couple Chantelle Day and Vickie Bodden Bush were denied a marriage license in 2018.

The Cayman Grand Court ruled in their favor in 2019 after stating that the denial violated island law. The appeals court acknowledged in Bermuda’s case that the historical background of marriage is “one of the stigmatization, denigration and victimization of gay people, and that the restriction of marriage to opposite-sex couples may create among gay people a sense of exclusion and stigma.”

However in a shocking turn, the U.K.’s Privy Council said that other countries’ constitutions and international instruments “cannot be used to read into [Bermuda’s constitution] a right to the legal recognition of same-sex marriage.”

“I’m in shock,” local LGBTQ activist Leonardo Raznovich told the AP. “The decision is an affront to human dignity.” Raznovich also said he plans to fight the Privy Council decision.

“It’s taken us some time to get here. … We’ve had to jump over a few hurdles. It would definitely act as a beacon of hope for the entire region,” said Colours Cayman founder and President Billie Bryan. “The Privy Council has done nothing more, by its decision, than reassert the oppressive political environment of yesteryear.” said Bryan. 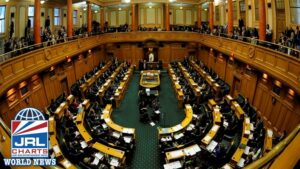 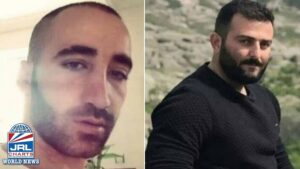