NEW YORK, NY — (02-26-22) — Police say a hate-filled male suspect is being sought for a homophobic tirade aimed at a teenage straphanger in a Midtown train station.

According to police, the 17-year-old victim was on the southbound E and F train platform at the Lexington Ave./53rd St. station around 7:50 a.m. on February 18, when the homophobic male suspect stormed up to the teenager and started screaming anti-LGBT and anti-Transgender slurs. 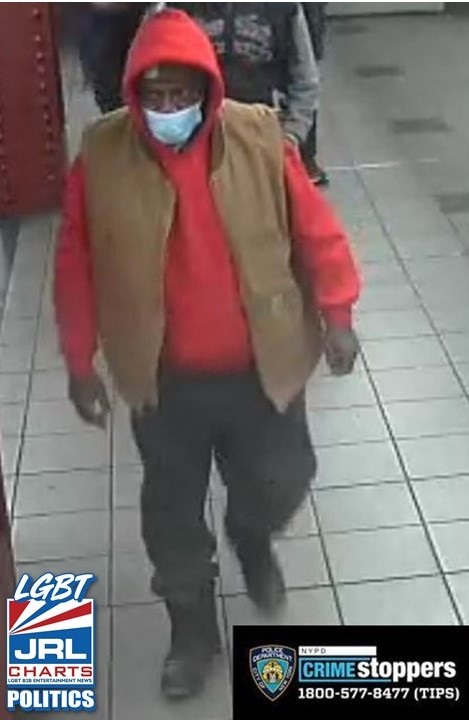 Police say they were told that the unhinged man shouted “You fa—t a– motherf—–!”. The suspect also called the victim a “tra— b—-!” said police.

After his abusive behavior towards the 17 year-old, the suspect who was wearing a red-hooded sweatshirt and a brown vest, walked off. The victim was not physically harmed but was left rattled, said police.

Police on Saturday released surveillance images of the man in hopes someone recognizes him.

Anyone with information on the man’s whereabouts is urged to call NYPD Crime Stoppers at (800) 577-TIPS.