“I took a history making fight for equal rights all the way to the US Supreme Court and won. I don’t mind being the underdog, and I’m not afraid to take on any issue when it’s the right thing to do. I will bring that same fighting spirit as your state representative,” said Obergefell in a video posted to Twitter on Tuesday.

I’m Jim Obergefell, and you have my promise that I will work hard every day to improve the lives of everyone in Ottawa and Erie counties and all of Ohio. To watch the full video and learn more about my campaign visit my website here: https://t.co/Er6NXVvQE0 pic.twitter.com/b6Jeguz6lg 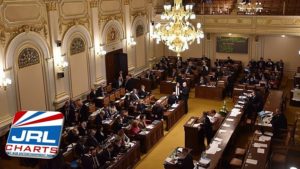 Czech Republic On the Verge of Legalizing Same-Sex Marriage