Students claimed in their lawsuit filed by American Civil Liberties Union of Indiana back in September that Pendleton Heights High School had imposed an unequal burden on the gay-straight alliance by refusing to recognize it as an official school club.

U.S. District Judge James Sweeney ordered the high school immediately allow the gay-straight alliance club (GSA) to advertise, fundraise, and be listed in the high school’s official handbook — like an “official” club would be allowed to do. This is ordered in conjunction with the lawsuit continuing.

The American Civil Liberties Union LGBTQ Rights Project (ACLU) posted on twitter…“The ACLU of Indiana will continue to work to ensure that all schools in our state provide GSA groups and other student-led groups with the equal rights granted to them by the U.S. Constitution,”

🚨 BREAKING: A judge has ruled that Pendleton Heights High School cannot continue denying the school’s Gay-Straight Alliance club their ability to fundraise and to promote their club.

This is a victory for LGBTQ rights & students’ free speech rights. 🎉

GSA released a statement saying…“While this isn’t the first time the ACLU of Indiana has had to take on a public school for treating a GSA group differently than other student-led organizations, we hope that public schools throughout the state will take notice and forgo future challenges by providing equal treatment to all student groups.” 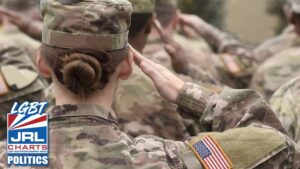 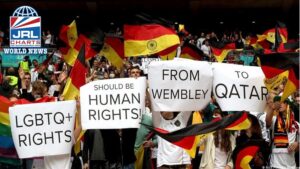